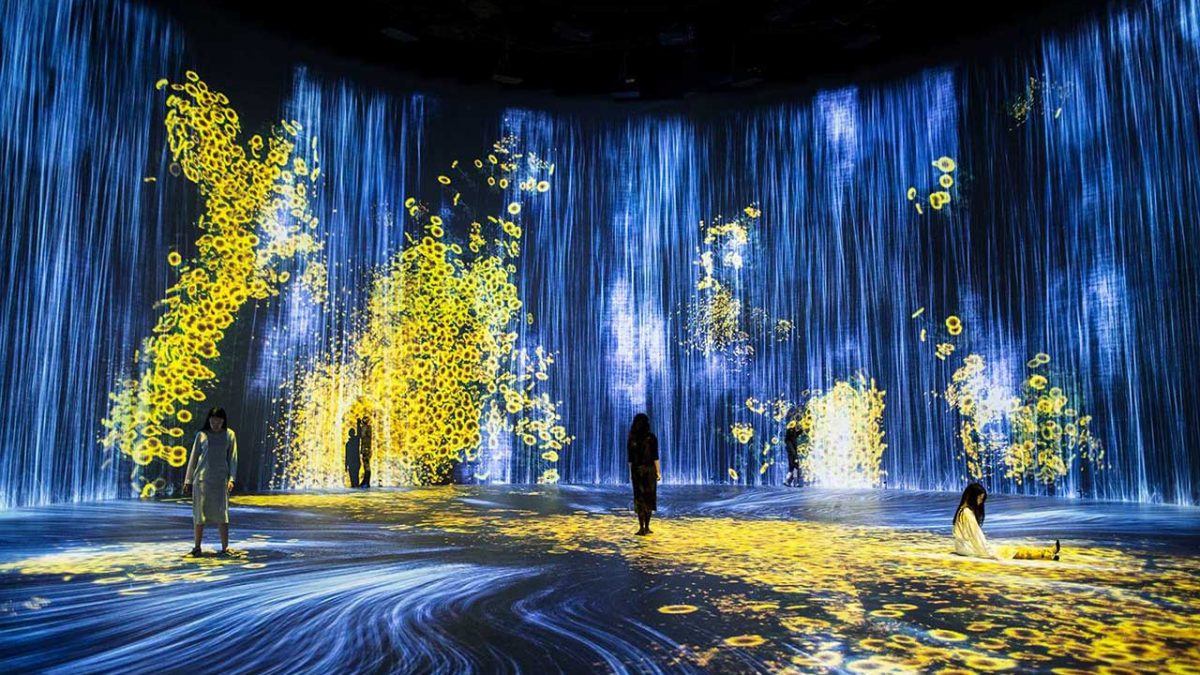 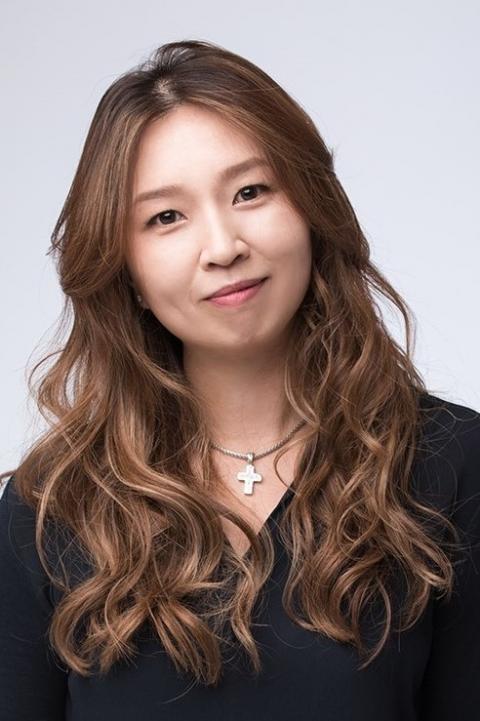 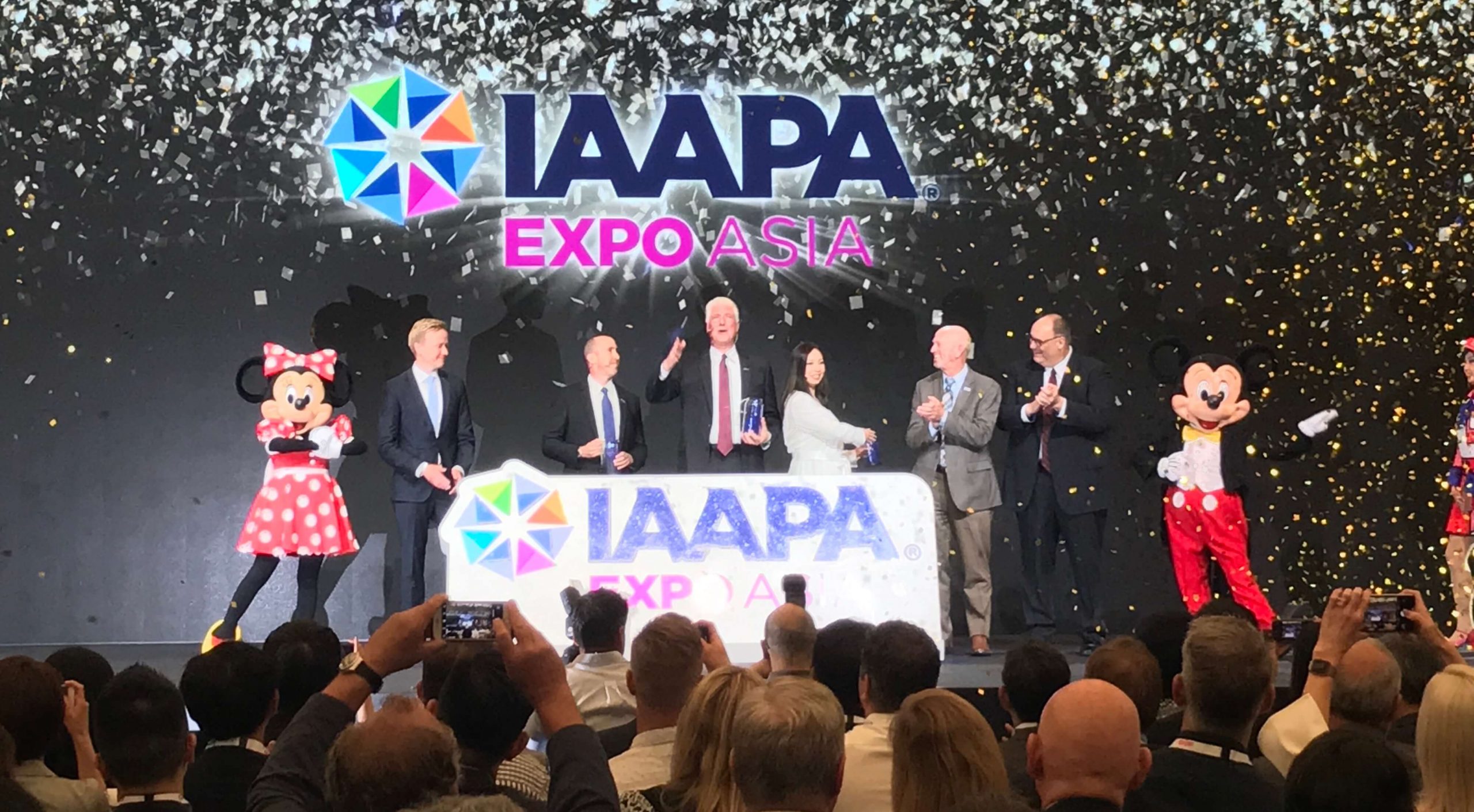 The opening ceremony included welcome and safety instructions from Ko, who posed as a flight attendant for “IAAPA Airways”. It also included a traditional Chinese dance performance as well as entertainment from Mickey and friends at Shanghai Disney Resort.

Joe Schott, president, and general manager at Shanghai Disney Resort was the keynote of the Leadership Breakfast, while Michael Croaker, head of entertainment for Village Roadshow Theme Parks was the keynote for the Lunch and Learn.

The largest education program yet

The education sessions at IAAPA Expo Asia grew to 10 talks this year. They covered topics from safety to design and operations to technology. One session on design for indoor attractions included Eric Lee, Head of LBE Turner Asia Pacific Randy Ewing, Vice President of Design, Thinkwell Asia; and William Liu, General Manager, Sanderson Group-China. Lee has worked on projects across Asia with the Cartoon Network brand including the upcoming Bali Waterpark and indoor entertainment centre, while Ewing and Thinkwell are putting the final touches on Lionsgate Entertainment World soon to open in Hengqin this summer.

Both agreed that indoor attractions will never replace outdoor parks. However, indoor are less risky with a smaller investment and a greater chance of success. But indoor parks come with their own challenges, including more building codes and fire regulations. This is especially hard when retrofitting an existing building for new use. As Ewing said of the Lionsgate project, “it was like putting a very big foot into a tiny shoe”. 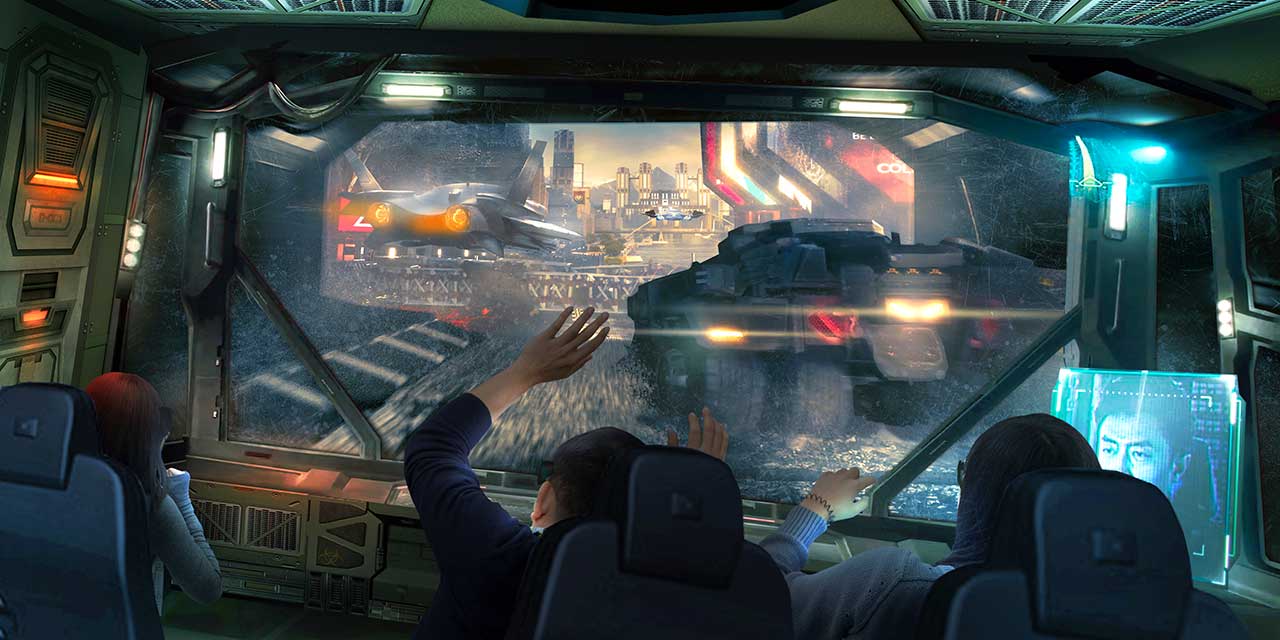 In another session, Cecil D. Magpuri, President/ Chief Creative Officer at Falcon’s Creative Group spoke on the creation of unique IP for the Battle for Eire ride at Busch Gardens Williamsburg. The team did in-depth research into Irish folklore creating something that was unique but familiar to the theme.

Unique IP is a growing trend in the industry, another recent example is the new characters and story created by Raven Sun Creative and brought to life by Sally Corporation at Reese’s Cupfusion at Hersheypark.

Rather than selling limited rights to a portion of their IP, Alterface’s Popcorn Revenge IP is offered at an affordable price and with a variety of merchandising products. “Profits are shared on those products and a significant portion of those profits is re-invested in the IP itself which eventually benefits the park. This is therefore not a “static” IP the park gets access to, but a constantly evolving asset” said Benoit Cornet, CEO & Founder Alterface.

In JRA Vice President Shawn McCoy’s session, he explored the creation of experiences and the role of trends which “adapt and evolve”, and fads which are “fleetingly attractive distractions”. For example, escape rooms are popular everywhere. But Prison Escape in the Netherlands takes it to a different level of immersiveness with their 3-hour sessions in an actual prison.

McCoy also highlighted 10 key factors of memorable attractions and how out of all of them, the flexibility of the attraction tends to get overlooked. He cited New York’s Hudson Yards as an example of an attraction incorporating flexibility by creating a movable arts space into their venue. 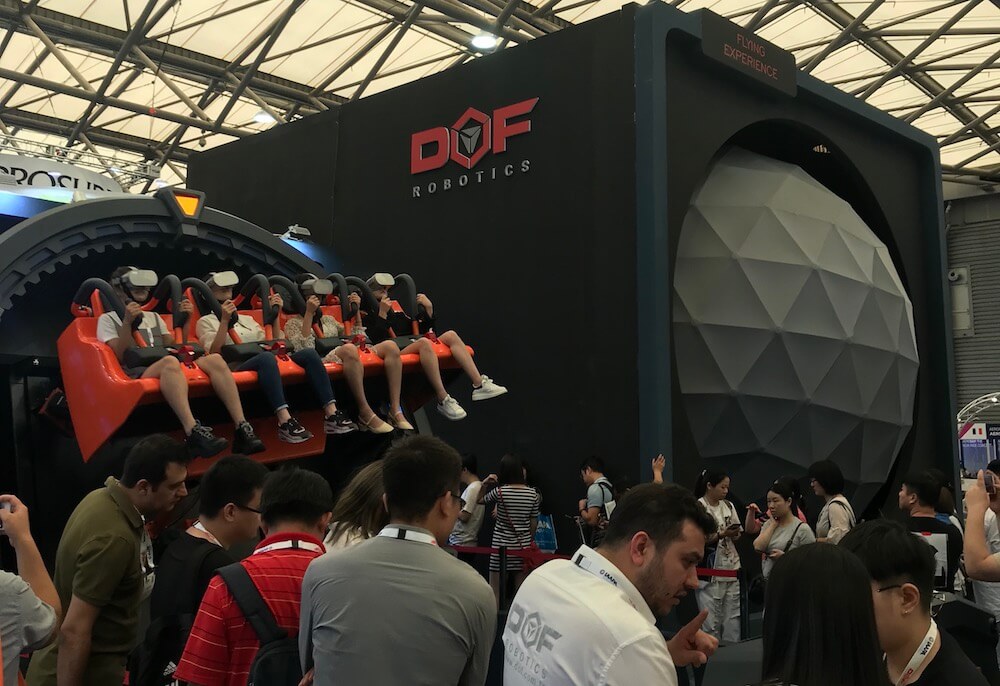 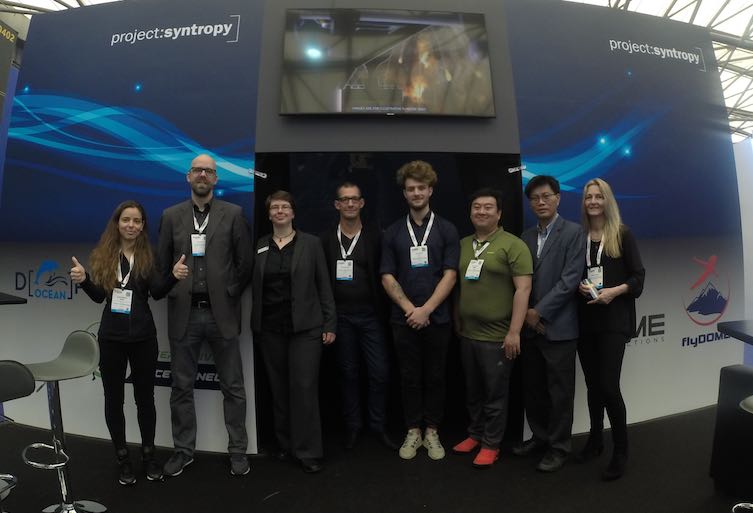 The project: syntropy team on the booth.

Exhibitors were happy with a busy show floor now the expo had returned to mainland China. This year also marked the launch of the first annual Best Exhibit Awards for booths at the show- including winners Extreme Engineering, Guangzhou Style Arts Co., Ltd and Pentair.

There were several major announcements during IAAPA Expo Asia 2019. Whitewater announced it now has exclusive rights to the SlideWheel. Rainer Maelzer, the former CEO of Wiegand-Maelzer, has also joined the Canadian company. An agreement has been reached and WhiteWater is now the exclusive manufacturer and distributor for the SlideWheel. The attraction has won multiple awards as the first rotating water slide. These include the IAAPA Impact Award, a Brass Ring Award, and a THEA Award. 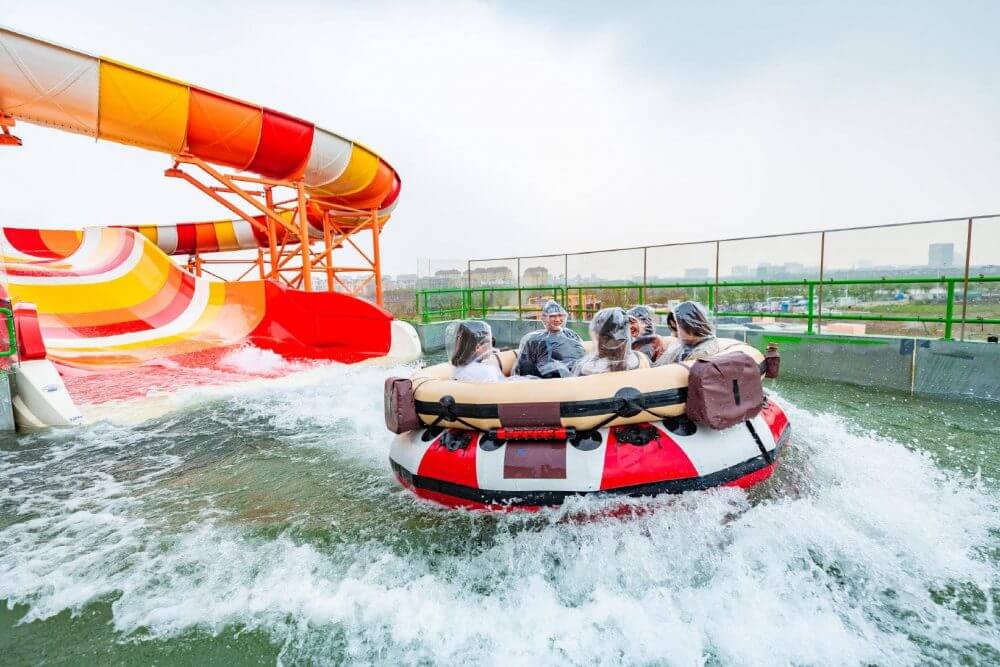 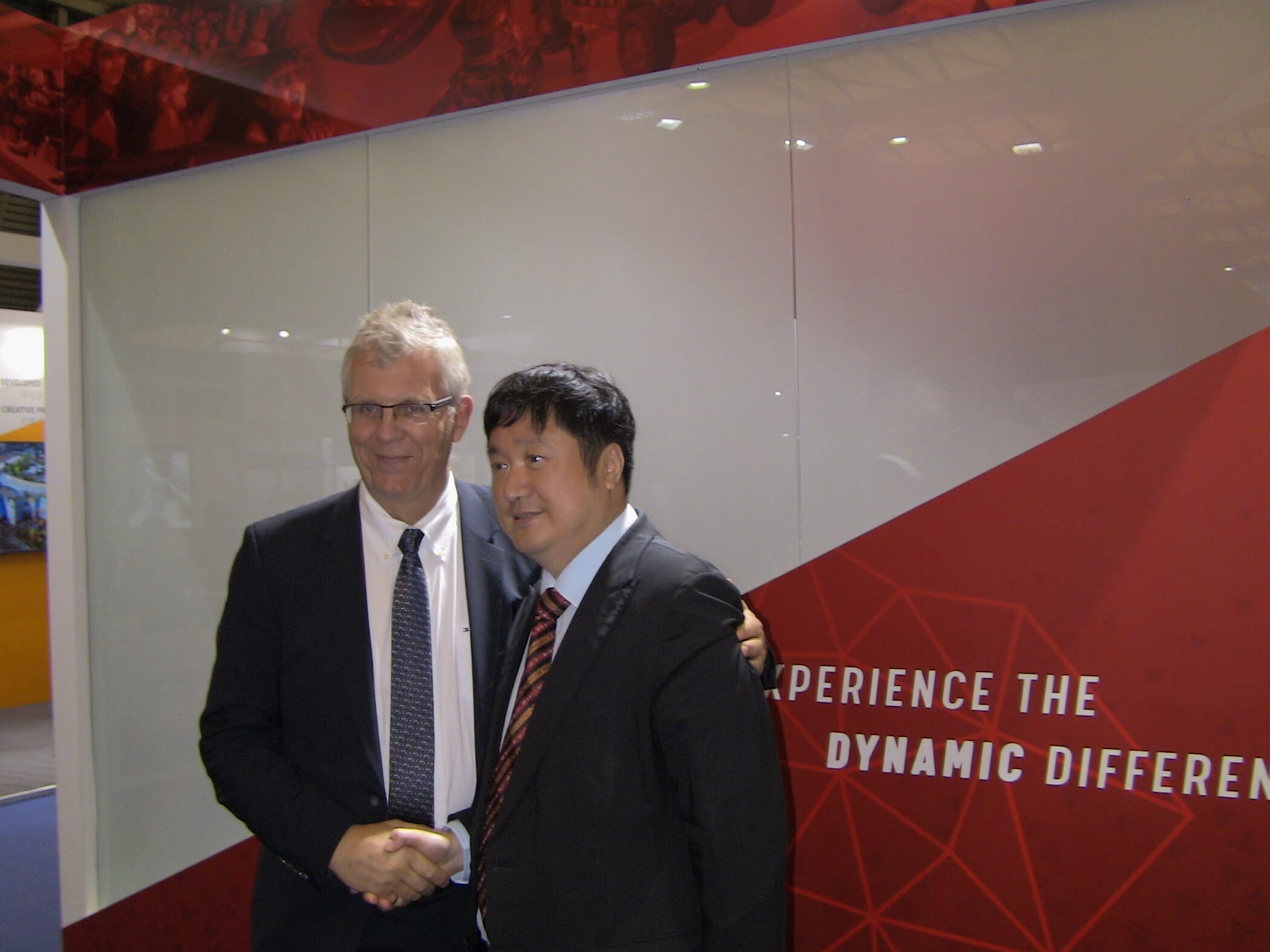 Zamperla revealed four new rides at the expo including the Factory Coaster. This new concept includes a backward switch, a soft launch, and a drop-down effect. The first Factory Coaster will open in the second half of 2019 at Wuxi Sunac Land in China’s Jiangsu Province.

The company also revealed a new attraction called NebulaZ. This is a hypnotizing ride similar to Zamperla’s Air Race. The interlocking arms appear like they will collide but never do. NebulaZ is already thrilling guests at Luna Park in Coney Island, New York.

Polin Group held a ribbon-cutting ceremony for the announcement of its partnership with MCC Group to build Kunming Indoor Rainforest and Snowpark in Yunnan, China. The attraction will comprise an indoor rainforest-themed waterpark, a snowpark, and an adventure park.

Before IAAPA Expo Asia 2019, Blooloop got the chance to visit the teamLab exhibition at TANK Shanghai (top image). The multimedia exhibition uses interactive technology. The artwork is continuously changing and rendered in real-time due to movements and interactions by the audience. In one segment, you see a whole year’s of flowers bloom over an hour. In addition, by walking around the space, visitors can cause new flowers to bloom. They can also disrupt the flow of the waterfall.

TANK Shanghai consists of five oil tanks. teamLab’s Universe of Water Particles in the Tank takes place in tank no. 5, which is 15 meters high. From set-up to its official opening, preparation for the exhibition took over 6 months. To date, it has welcomed approximately 150,000 visitors.

teamLab is a great example of the trend for a new genre of attractions, “artainment“.

We also explored the Starbucks Reserve Roastery Shanghai, the largest Starbucks in the world at 30,000 sq feet. The experience features an Alibaba-designed augmented reality experience. Visitors learn about the in-house roasting of beans. These are sent directly through pipes in the store. They end up at one of three coffee bars offering a unique menu to coffee lovers.

We also visited Shanghai Disney Resort after the show. This included the newly opened Toy Story Land and a glimpse of the upcoming Zootopia expansion.