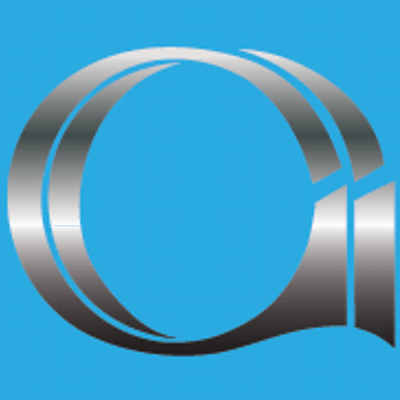 Gary Goddard and his company, Hollywood, CA-based Goddard Group, have announced their completed roles in the concept, master planning, schematic design, and show design on behalf of the massive, $ 1.9 (U.S.) billion mega resort “Galaxy World Macau, ” which is set to open to the public in Macau, on May 15th, 2011.

Gary Goddard and his team are quite possibly one of the most successful (yet least well-known) designers of mega-resort and themed entertainment projects in the world. If you’ve ever been to New York’s Times Square, Las Vegas, Tokyo, Sydney, Cape Town, Jakarta, Hollywood, Shanghai or the Philippines, chances are you’ve personally experienced one of the themed entertainment attractions, hotels, resorts, aquariums, retail outlets or visitor centers designed and produced by Gary Goddard and The Goddard Group. Since 1980, Gary Goddard has created many of the greatest attractions in the world, first through Gary Goddard Productions, which became Landmark Entertainment Group, and then after selling 50% of the company to Prince Alwaleed and Michael Jackson, leaving Landmark to form The Goddard Group. Specializing in concept, master planning, design, project management, and media production services, The Goddard Group provides turn-key services for entertainment-based projects of every size and scope in America and throughout the world.

Historically, Goddard has been responsible for a wide array of resort and casino destinations based globally, having led the teams that created “The Forum Shops” at Caesars Palace/Las Vegas, “Caesars Magical Empire” and the long-term Master Plan for Caesars Palace itself, as well as creating the original concepts for Sheldon Adelson’s “Venetian” in Las Vegas, for Sol Kerzner’s “Atlantis” in the Bahamas, ” and the Concept and Master Plan for the Montelago Resort at Lake Las Vegas, to cite just some.

ABOUT THE GODDARD GROUP’S ROLE ON BEHALF OF “GALAXY WORLD MEGA RESORT: MACAU”:

Galaxy Entertainment Group (GEG) selected Gary Goddard and The Goddard Group to help re-imagine their planned Mega Resort — the family’s company’s biggest venture yet – a $ 1.9 billion casino resort set to open to the public on May 15th, 2011.

Aesthetically, Galaxy World Mega Resort Macau, on the Cotai strip, promises to be truly unique, thanks to the “Southeast Asian palace” theme of its architectural design. Says Mikki Estrada, Galaxy’s Vice President of Design and Project Development, “We drew our inspirations from all over Southeast Asia. The main color theme outside and inside the complex is gold, which both chimes in with regional tastes and helps create a very palatial atmosphere. The actual design of Galaxy Macau was developed by Los Angeles-based architectural designer Gary Goddard and his team at The Goddard Group, who specializes in the design and production of large-scale theme parks and international hotel-resorts.”

In early 2006, The Goddard Group was tasked with re-imagining Galaxy Entertainment Group’s already under-construction Mega Resort in the heart of Cotai, Macau. Working closely with their client and the local architect, Goddard transformed the proposed a fantastic “Asian mystical kingdom, ” complete with colossal waterfalls, gleaming golden towers, and a lush tableau of tropical landscaping.

With the new look conceptually defined, Goddard and his design team next focused their efforts on creating a unique universe from the hotel’s highly complex array of programmed components and operational demands. Goddard’s Master Planning Team worked to improve facility access, guest flow, operational efficiency and design aesthetics. Working in tandem with the local architects, master planning team, Goddard and his designers helped define the Galaxy Resort’s intensive program while also developing the detailed design work necessary to convey the resort’s over-arching backstory and emotional “palette” as defined in the conceptual design phase. Schematic details were developed to provide the local architects with the information they needed to develop full working drawings.

At the heart of the process was Goddard and his Show Design Team, an award-winning group of dreamers, writers, illustrators, producers and model builders, who created the concept for the entertainment experiences and the theme design that will set the new resort apart from all others. In addition, the hospitality design team created a number of concepts for the Spa, the interior public spaces, and for several jaw dropping special features.

“Our goal, ” says Goddard, “was to create an inspired and fantastic world that would be appealing first and foremost, to the Asian guests who come to Macau from all areas of Southeast Asia. And secondly, for the western tourists who come to Macauwe wanted a very special resort casino that can only be seen here in Macau and that speaks to an Asian experience. So The Galaxy is not a copy of something from Las Vegas or elsewhere, but an original ‘Must See’ experience that stands alone and apart. I think we have achieved our goal with this spectacular and elegant design – a true tropical paradise built upon a mythical world steeped in Asian spirit.”

ABOUT THE GALAXY MACAU:

In just a few years, Macau has become the entertainment capital of the Far East, with clusters of magnificent hotels, resorts, casinos, malls and show venues that have transformed its landscape. Located on Avenida de Cotai near the Lotus Bridge, the sheer size of the soon to open Galaxy Macau is quite enough to grab the attention of even the most jaded resort-watcher. Constructed at a cost of HK$14 billion (U.S. $ 1.9 billion) 550, 000 sq-meter property will include the world-class Galaxy, Okura and Banyan Tree Hotels (with a total of 2, 200 rooms) and such unique attractions as an artificial oasis, the largest-scale wave pool in China, and an artificial beach.

The Galaxy Macau is hoping to give the already-crowded casino scene in the former Portuguese enclave a run for its money, given its sheer size and five gaming areas the size of three football fields. The Galaxy has recruited over 600 expatriate gaming experts, many of whom have years of experience in Asia-specific gaming. This provides Galaxy with one of the most experienced Asian gaming teams in the world–Galaxy Entertainment owns one of the six gaming licenses in Macau.

A decidedly non-traditional but record-breaking feature of Galaxy Macau will be its wave pool, whose 4, 000 sq-meter size should make it the world’s largest upon completion, and the only one of its kind in China with its own artificial beach. Each of the new complex’s three hotels will boast its own fair share of amenities. As Raymond Yap, Galaxy’s Senior Vice President of International Premium Market Development comments, “We aim to bring new ideas and concepts to Macau. ‘World-Class Asian Heart’ is our philosophy, and with that in mind, our visitors’ services will be in the best tradition of Asian-style hospitality.”

In addition to its hotel accommodations, Galaxy Macau will also be home to lavish entertainment and shopping facilities as well as more than 50 restaurants, many of which will specialize in authentic Southeast Asian cuisine.

During 2010, casino revenue in Macau soared by 58 percent to a record US $23.5 billion, bolstered by a flood of gamblers from mainland China. Galaxy Entertainment Group Limited, through its subsidiary, Galaxy Casino, S.A., holds a Macau gaming concession that is unlimited in the number of casinos that the company can open in Macau. Macau is the only legal gaming location in China.

ABOUT THE GODDARD GROUP

Gary Goddard founded The Goddard Group in 2002 in Los Angeles, CA. In nine short years, the company has grown to become one of the most successful independent entertainment design firms working in the industry today, having designed and opened over a dozen currently-operating attractions and destinations all over the globe. While best known for theme parks and attractions, Goddard and his company specialize in a broad range of mediums, having also designed resorts, casinos, museums, and retail malls, as well as having produced Broadway shows and creating outstanding 3D and 4D attractions.