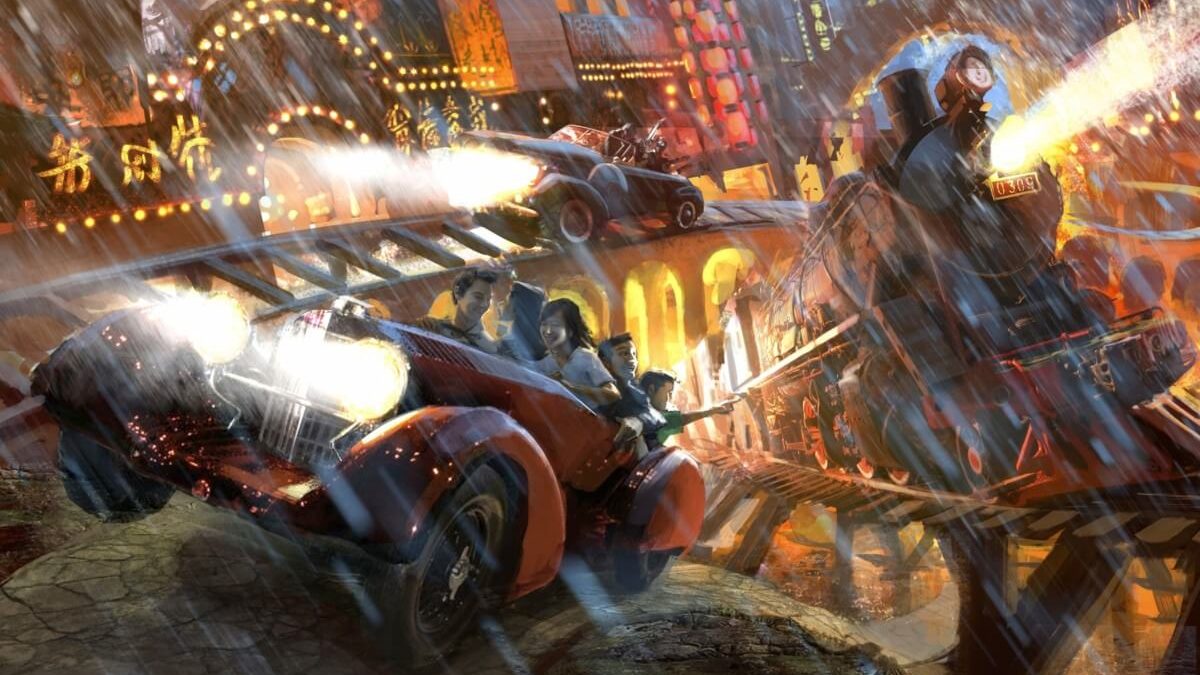 The Goddard Group, designers of mega-resort and themed entertainment projects, have announced a series of exciting projects around the world.

The Goddard Group have designed the new “Shanghai Bund” studio theme park resort, located in Hengdian, a few hours from Shanghai, and set to open in 2016.  The ground was broken on the 50-acre family theme park resort in September 2013.

Goddard Group Founder, Chairman and CEO, Gary Goddard said, “As a film director myself, I was able to work with the Hengdian Studio team to design a backlot that would greatly facilitate shooting within multiple areas, simultaneously. Constructing such a venue will allow Hengdian World Studios to address the incredible demand to film period dramas along with the iconic waterfront locale, while also allowing the site to entertain the ever-growing number of tourists who flock to the city, where they’re able to watch content production first hand. These tourists will also be able to experience the Bund’s movie theme park, which has been designed within this project.”

The image above shows the design drawing of the waterfront area, themed around the pre-war Shanghai Bund waterfront and specially designed for film and television production.

Taylor Jeffs, Goddard Group’s Director of Design, added, “The new studio and movie park will be home to several large-scale themed rides, shows, and studio tours that will transport guests inside the excitement and romance of the Bund’s golden era. In addition, one particularly unique element of the park will be its seamless integration of the studio and theme park elements.”

Chris Crary, Goddard Group’s Director of Masterplanning and Architecture, said,  “Instead of having separate areas for each – like most studio-themed parks — here they will be integrated into a single unit, made possible by the specialized placement of key production facilities and filming locations.  This will allow both the theme park and the studio to simultaneously function completely uninterrupted by each other.”

The “neighborhood” design rendering above shows how Shanghai’s iconic districts and neighborhoods will be recreated in exacting detail.

The Goddard Group has completely redesigned a major new themed resort complex in Macau, China.  The project, to be announced in early 2014, is set to be the next major new iconic destination resort in Macau.  This project is the first fully-integrated destination resort complex to follow Goddard Group’s highly regarded Galaxy Macau which is now Macau’s number one casino resort.

The Goddard Group is working on “Fairy Trails”, a new themed area in the “Underland” zone (also designed by the Group), which will bring guests into a magical underground world inhabited by an ancient tribe of faeries and sprites.  Set for completion in early 2014, the “Fairy Trails” will include a themed family ride as well as dining and retail.

“Fairy Trails” is the Goddard Group’s sixth new attraction to be commissioned by Lotte World over the last 18 months.

Other Projects in China and Indonesia

The Goddard Group is working on several other new projects in China, including new destination resorts located in the cities of Harbin and Haichang.  Both projects include a theme park, a resort hotel and supporting attractions.

The Goddard Group is also working on a new high-tech/ high touch indoor theme park in Indonesia, which is part of a larger destination resort based on one of the world’s largest brands.

Projects in the US

“Broadway 4D” will debut in Times Square Theatre on 42nd Street in Manhattan, New York City, in Spring 2015 and is set to create a new form of entertainment attraction.  The experience will present some of the greatest songs from musicals performed by many of the greatest stars on stage, screen, and recording.

The Goddard Group is working on a new project based on a major international brand in Las Vegas which is currently highly confidential.