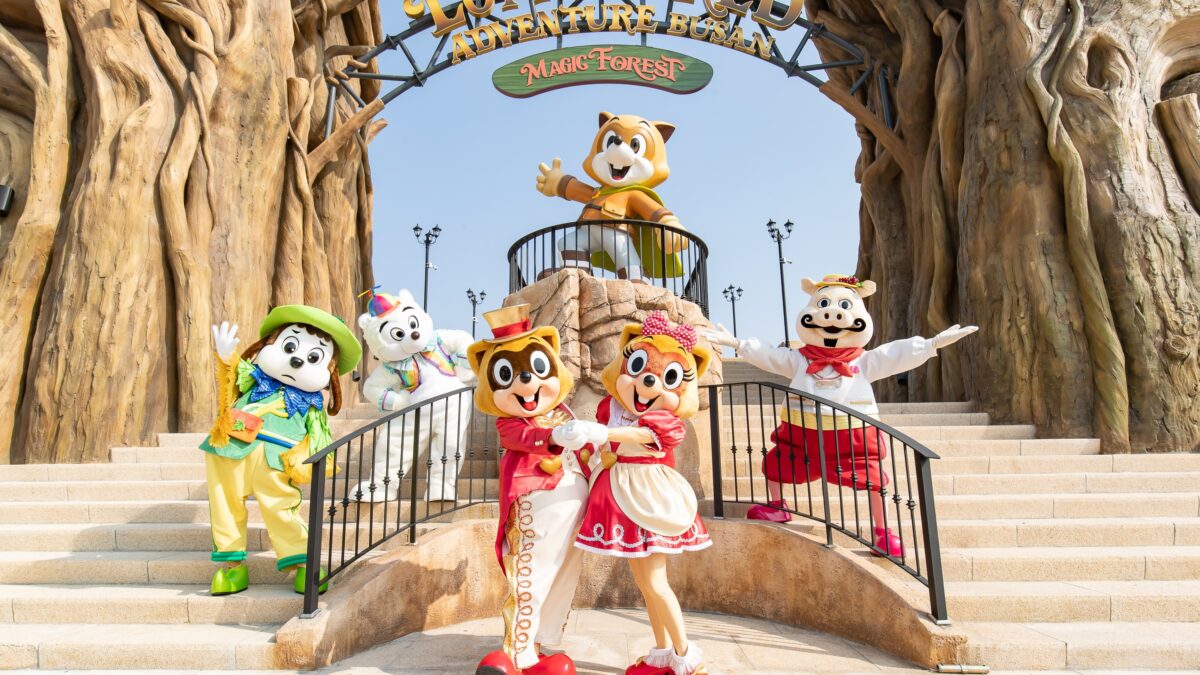 Hollywood, CA & Busan, South Korea, July 18, 2022 – Lotte World Adventure Busan, the world’s second Lotte World branded theme park, has been a major success right out of the gate, having hosted over half a million visitors during its first 100 days of operation. This staggering number accounts for one out of every seven citizens currently living in the city of Busan.

The milestone comes at the same time as two of the park’s signature attractions are coming online. Lotte has also stated that additional attractions are in the planning stage, which will allow the park to keep up with demand.

The park, designed by Hollywood, CA-based Legacy Entertainment, in cooperation with Lotte World, is the centerpiece of Busan’s Osiria Tourism Complex- a sprawling 900-acre development designed to raise the city’s profile as an international leisure destination.

“It goes without saying that we are thrilled for our friends and partners at Lotte World with the remarkable attendance at the new park in just 100 days,” says Barry Kemper, Legacy Entertainment’s Chief Operating Officer, as well as one if its owners. “Leading up to the opening, it was unclear what impacts the pandemic and dearth of international tourism might have had on the park’s performance. Fortunately, the local population showed up en masse, and the park now has a solid foundation upon which it can grow.”

Visitors to the park this summer will be treated to two major new offerings, including a Roller Coaster Restaurant, in which food is served to diners on an elaborate network of roller coaster-style tracks. A popular staple of European theme parks, including Alton Towers, Futuroscope, and Europa Park, the inclusion of this new concept at Lotte World Adventure Busan is the first such experience on the Asian continent.

The other major new addition to Lotte Busan is Ogre’s Flume- an expansive Log Flume from ABC Rides, which is also one of the park’s largest attractions. Inspired by the popular Korean fairy tale of the ‘Ogre’s Magic Club,’ the ride’s path is intricately woven through the park’s arrival zone, with its climactic drop serving as the first icon visitors see as they pass through the entrance turnstiles. The friendly Ogre mascot characters, also designed by Legacy Entertainment, were first introduced to Lotte World’s flagship park in Seoul as part of the Underland expansion in 2012.

“As any veteran in our industry can attest, successfully launching a brand-new theme park, even in the best of times, is one of the most challenging tasks in the world,” adds Mr. Kemper. “We commend the entire Lotte team for their professionalism and dedication along this perilous journey. The result has been a park that will delight visitors young and old for decades to come.”

The Lotte Busan project marks the 9th collaboration to debut in the decade-long partnership between Lotte World and Legacy Entertainment.

Lotte World is South Korea’s leading theme park owner and operator, with its flagship park located in the heart of Seoul, South Korea. Since its opening in 1989, Lotte World has consistently ranked among the world’s top-performing theme parks, drawing between 5 and 7 million visitors each year. Located in Seoul’s Jamsil district, the park is divided into two main themed areas- Lotte World Adventure (indoor theme park) and Magic Island (outdoor attraction area). The park features a number of heavily-themed attractions including “The Adventure of Sinbad,” “Pharaoh’s Fury,” and “Atlantis Adventure,” in addition to a number of classic family rides, shows, and attractions. Lotte World Adventure marks the chain’s second full-scale theme park in South Korea.

Originally launched in 2002, the Hollywood, California-based Legacy Entertainment stands as one of the most successful, independent, entertainment design firms in the global industry today. The company has developed, designed and produced over 40 successful projects worldwide, spanning mediums that include Theme Parks, Hotels/Resorts, Casinos, and Aquariums. Signature projects include the Galaxy Macau Resort, Macau Studio City resort, the Georgia Aquarium, Lotte World expansion, Kingdom of Poseidon resort, and Haichang Ocean Park. Upcoming openings and Chimelong Marine Science Museum in Zhuhai, China and Batavia: The Floating City at PIK 2 in Indonesia. 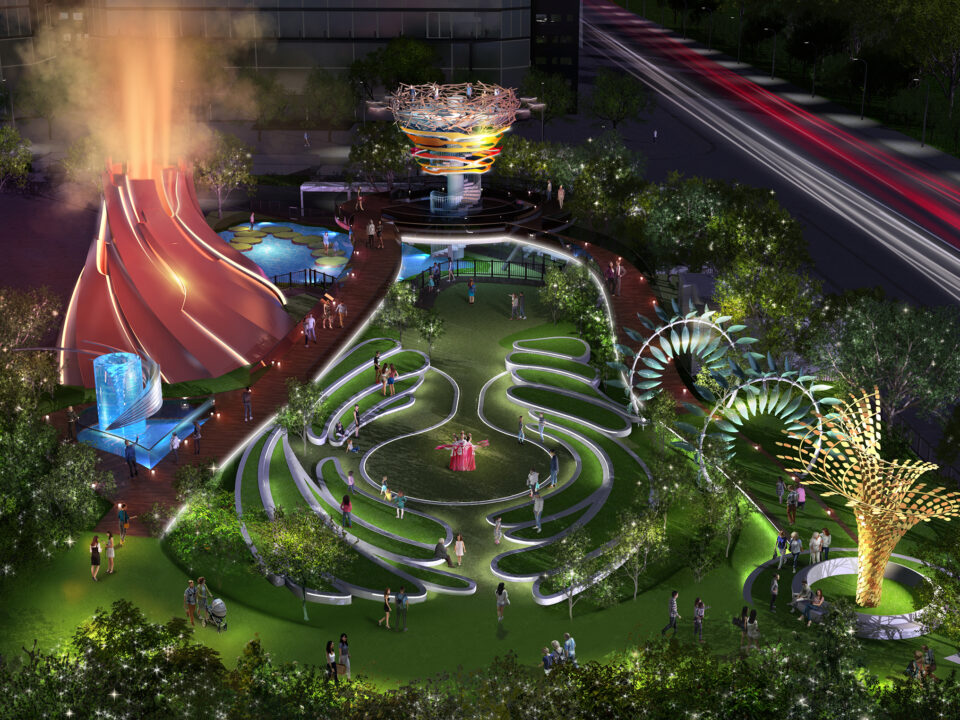 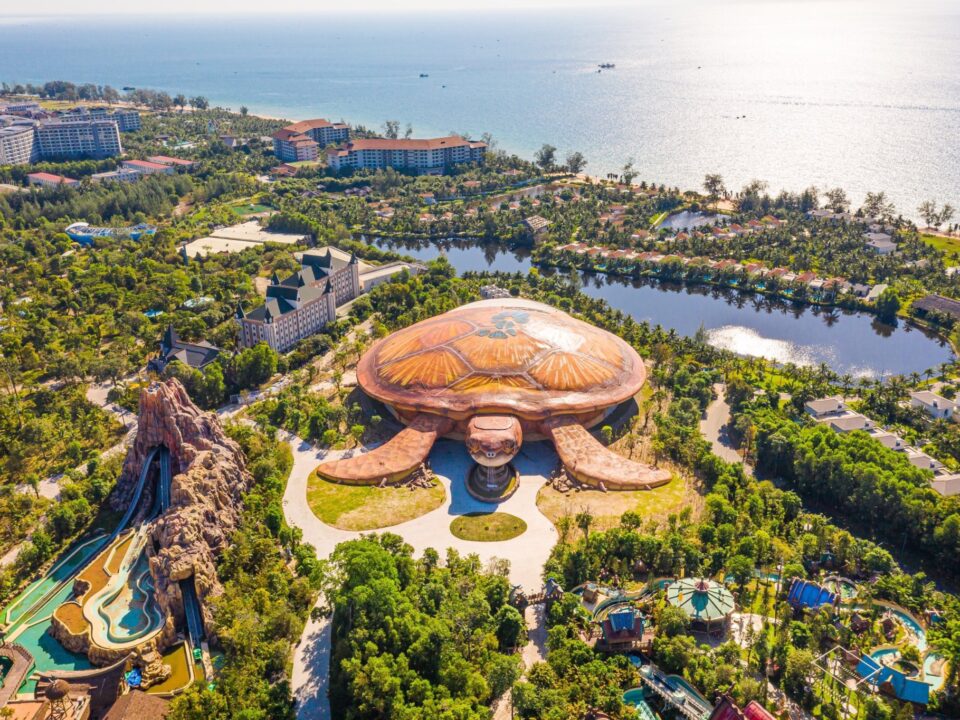