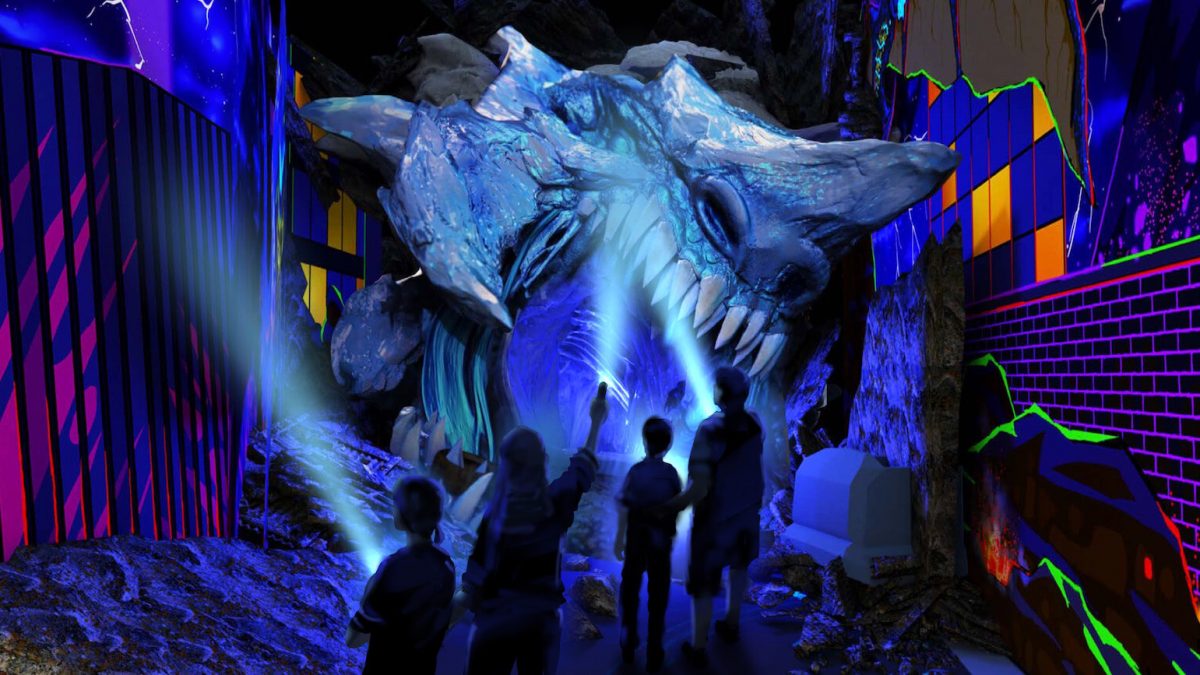 The park is something of a phenomenon: a major all-indoor theme park with world-class rides by some of the industry’s biggest names. 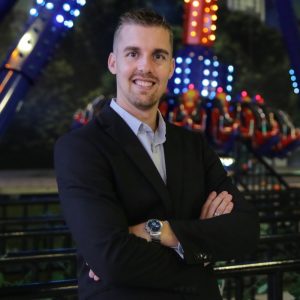 Daan Duijm has worked in the US, Middle East and Asia for the last eight years, with companies including Disney, Jumeirah, and Merlin Entertainments. Duijm has extensive experience in the management of water parks, theme parks and outdoor attractions. He describes himself as passionate about delivering magical guest experiences in world-class themes & water parks across the globe.

Describing the Cibubur project, Duijm says, “The total size of the park is almost four hectares (40,000 m2, or 9.9 acres.) We have a lot of amazing attractions and experiences. For a start, we have Indonesia’s first iFly, being built now in Cibubur Park.”

The indoor flight/skydiving experience takes place in a wind tunnel. It includes instruction, coaching and equipment, and the park predicts it will be a huge draw. 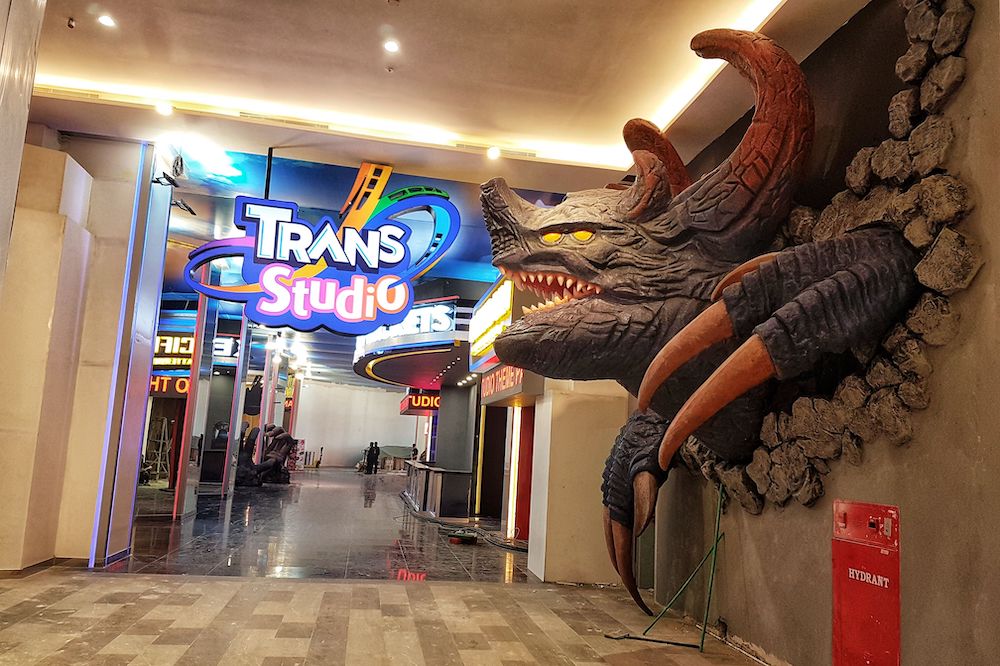 In addition to this, there are many other cutting-edge attractions on offer. The park will be home to the first Pacific Rim immersive dark ride, in collaboration with Legendary Entertainment. The new dark ride, based on the entertainment franchise, has a ride system from Oceaneering and was designed, directed and produced by Legacy Entertainment.

“It’s completely unique, a real world-first,” says Duijm. Instead of a standard ride experience, guests will disembark halfway through. They then travel on foot through a Kaiju battle scenario. During this time, the vehicle is transformed with a range of special effects.

“When they re-board, they will be in a completely different scenario,” continues Duijm. “Instead of being evacuated from the facility that’s being attacked by a Kaiju, they’re now fighting a Kaiju as a Jaeger pilot.” In the Pacific Rim universe, Kaijus are giant bioengineered monsters whereas Jaegers are giant robots or mechs used to defend Earth from these alien Kaijus.

This is, he stresses, not just any Pacific Rim Jaeger. “The Jaeger has been specially designed for this experience and has been canonized into the Pacific Rim lore. We are debuting it for the first time at Trans Studio. We’re very excited.” 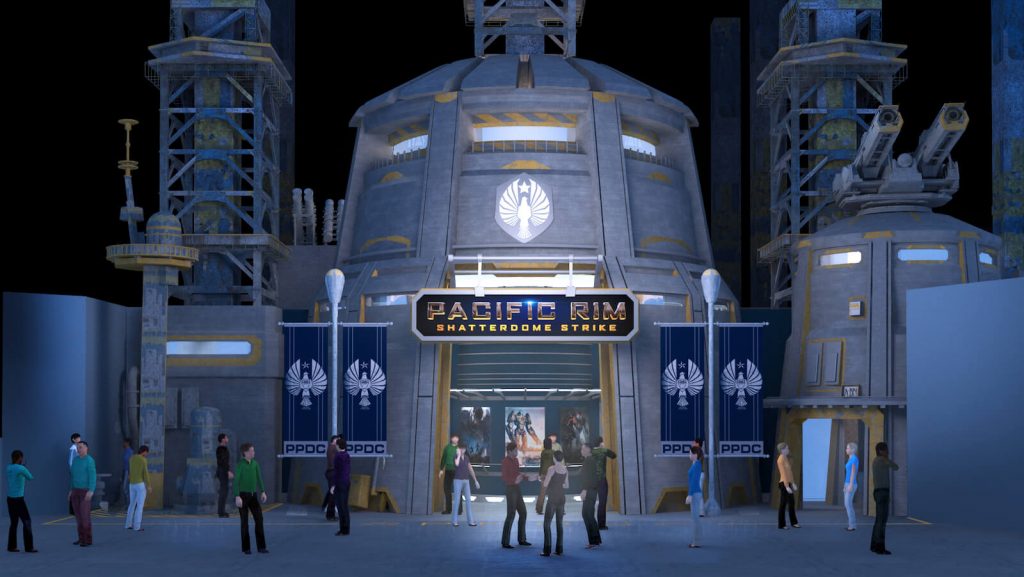 Trans Studio Cibubur will host yet another world-first ride. This is an immersive super-flume by Simworx and Interlink, called Jurassic Island. The two companies have worked together to create the first 4D simulator flume ride.

The ride begins with a dinosaur-theme boat ride. Then, the ride enters a tunnel, where the 16-person boat stops, gripped by a motion base. An immersive movie, created by Falcon’s Creative Group, plays as passengers will feel the boat moving up and down, as well as side to side.

“It is capable of roll, pitch and yaw,” says Duijm. “It moves in every direction. The boat mirrors the action of the immersive scenes shown. There will be wind effects, sound effects, lots of water stuff that will be going on. It will make people feel as if they’re up close with a real dinosaur encounter experience.

“And then they go through a vertical lift that brings the whole boat up. It’ll be a great view. People will be able to see down from the top floor at the theme park level to the point where the raft goes into the flume.”

The Jurassic Island ride spans two floors and has a total height of 18 meters. 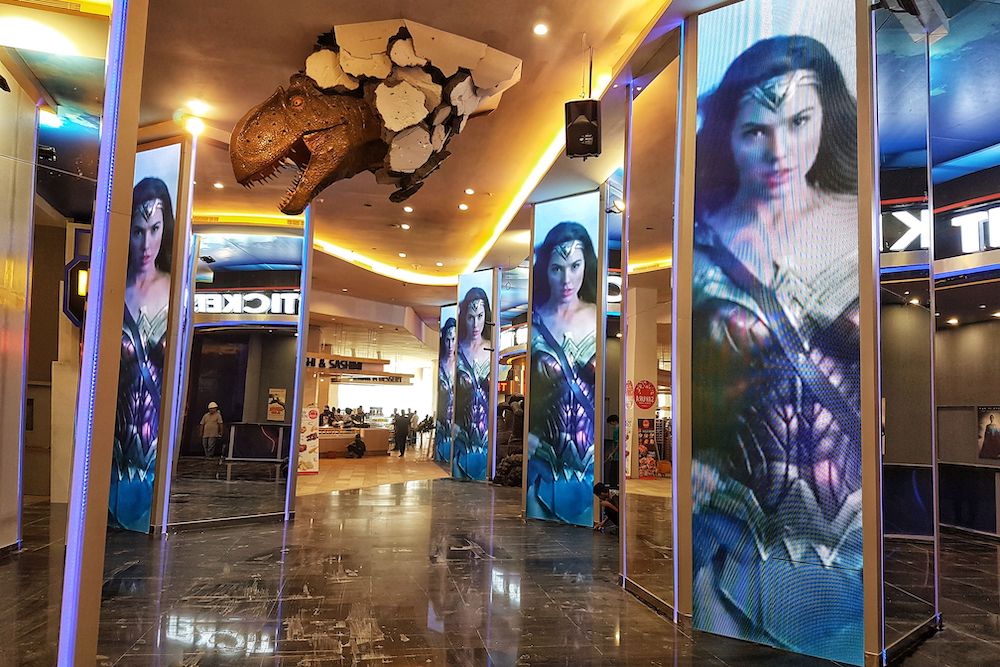 The park will also be home to a stunt show, expected to be another major draw. “Our trainers, who worked at Universal Studios, Disney and other world-class parks worked with The Producers’ Group to create a spectacular action-packed experience,” says Duijm.

The Producer’s Group (TPG) is a provider of production and design services for destination attractions. “A turnkey solution from TPG involves training, theming and storyline,” says Duijm. “There are all the usual themes: a boat, motorbikes stunts, pool into which people will fall, cars on fire, multiple SWAT fight scenes, jet ski and fly board stunts and a helicopter that will come in with special effects. The helicopter is a prop, but there are a lot of explosions; over 40 different gunshot effects.” 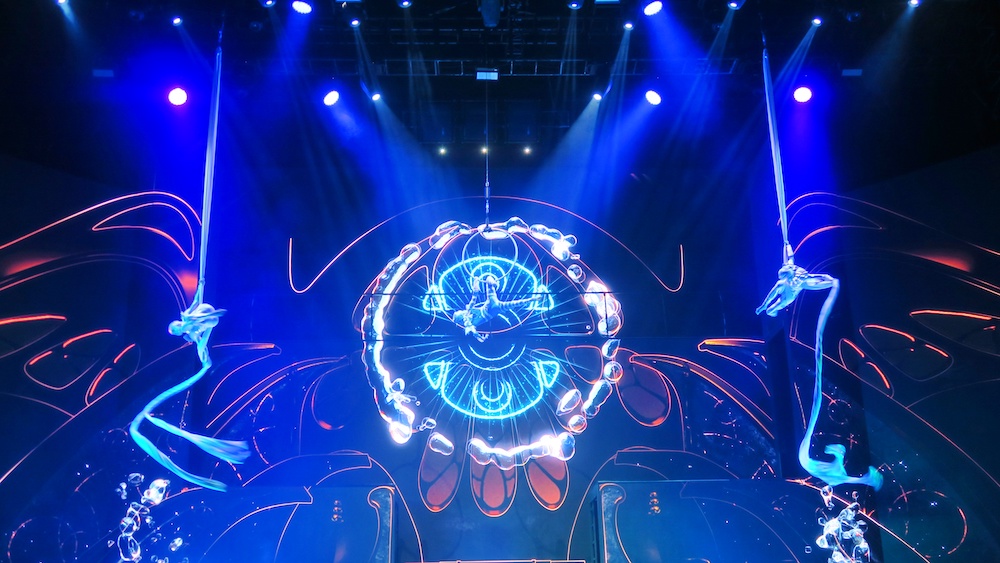 This is an indoor park on an unprecedented scale. Further attractions at the park include an amphitheater for projection mapping, hologram shows, and light actors. A 50kph go-karting track also features.

“We often think of indoor parks as small FECs,” says Duijm. “This park can’t be compared with them. The amount of money in US dollars that have gone into the Pacific Rim and Jurassic Island rides along with the complete theming of the whole park is very large.”

Duijm’s team is also working on an interactive zombie-themed laser game. This is a collaboration with Battle Company and Poison Props for Zombie Wars. Duijm says, “Instead of guests playing a laser game against another team, we’ve got live actors that will be the zombies. It’s similar to what US theme parks are doing by delivering a fully immersive zombie experience, but instead of only doing a temporary Halloween attraction we will run 12 hours per day for 365 days” 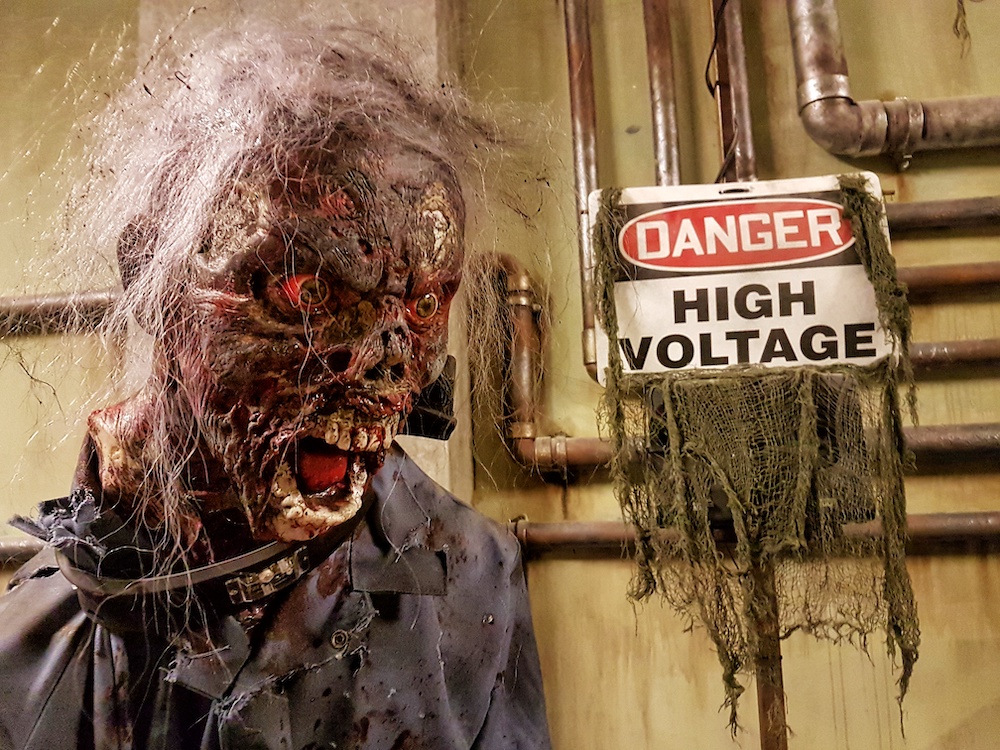 Other suppliers for Trans Studio Cibubur include Sila Sveta for the Amphitheatre. The park also includes Vekoma’s Boomerang Coaster and Mauer and Sohne’s Spinning Coaster.

Duijm argues there is a significant need for more entertainment options in Indonesia and Asia in general. Trans Property and CT Corp are capitalizing on this. In the last two years, it has opened 37 FECs. It also recently opened a snow park. This park has been a huge success in Indonesia where snow is uncommon and has crowds queuing for hours to get in.

Indonesia is a young country with a growing urban consuming class. The population is expected to reach 85 million by 2020. It also has a high proportion of millennials and middle-class families with young children.

“The need is massive,” says Duijm. “There is consistent growth. People have more money to go out. They might not be able to afford an overseas trip to Universal or Disney. So, they want great entertainment options in their own country.

“We don’t have a great many international brands here. There is Cartoon Network who has announced plans for a park in Bali – we have a park opening there, too. But the majority of the brands are still very local.” 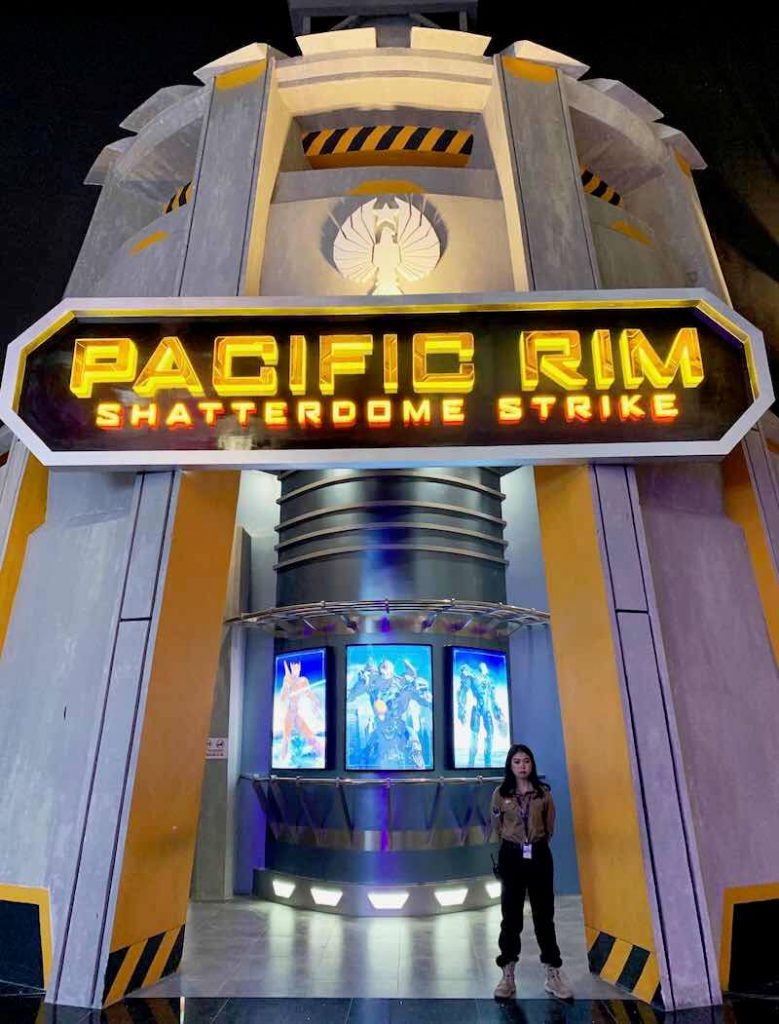 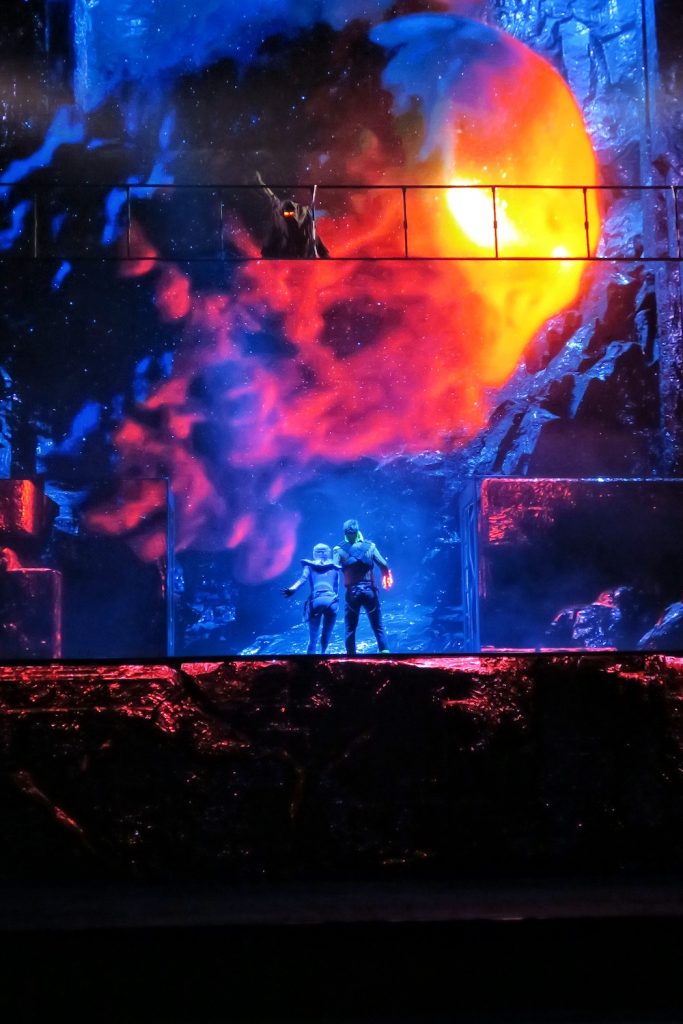 Trans Studio Cibubur will be targeting the middle to upper-end market. While it is focusing on the more affluent families, it also wants to ensure it reaches a broad audience. The park expects to get at least 1.5 to 2 million visitors in the first year of opening. The metropolitan Jakarta region has a population of 30 million. Compared to the success of Trans Studio Bandung’s opening, Jakarta has a higher population and more potential.

Duijm says. “I think it is probably true to say that Indonesia is a market that a lot of people underestimate. And this park is going to be – especially for an indoor theme park – changing the standard in theme parks in Indonesia and hopefully in Asia.”

Duijm is confident that Trans Studio Cibubur offers something new and exciting to the market. “For most parks, the iFLY would be the top ‘wow’ attraction. For us, it is just one of three one-of-a-kinds, world-class rides, along with the Pacific Rim and the Jurassic Island rides.”

Generally, Trans Studio Cibubur will focus on the sizeable domestic market and direct-to-consumer sales. For many of Indonesia’s theme parks, this is preferable rather than attempting to attract tourists from abroad. Amusement and theme parks tend to be overlooked by major tour operators. Instead, these outfits prefer perpetually popular wildlife and animal attractions. 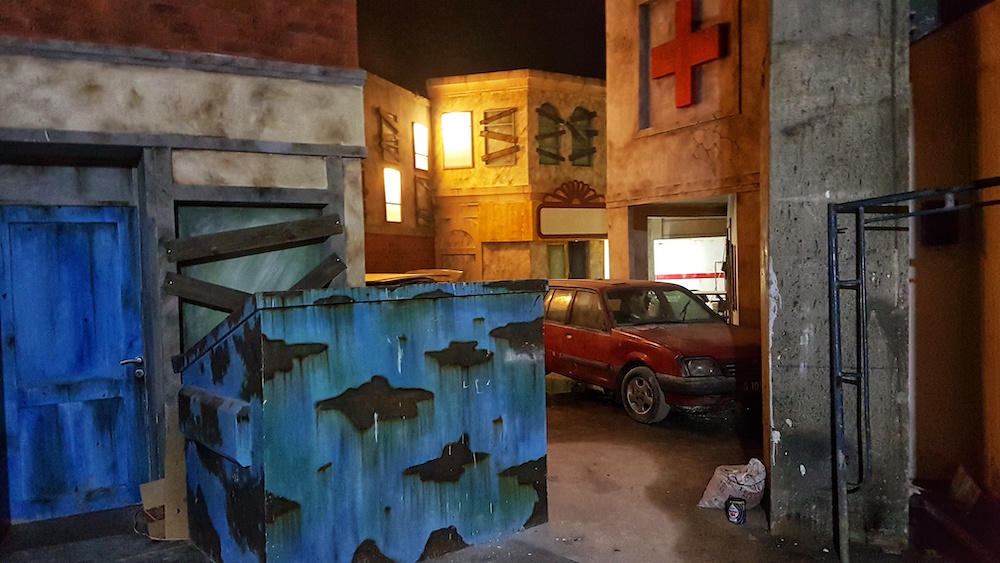 Brands such as Kidzania and Funworld, as well as Trans Studio, are all thriving as part of the retailtainment trend. Attractions within malls are beginning to proliferate across the country.