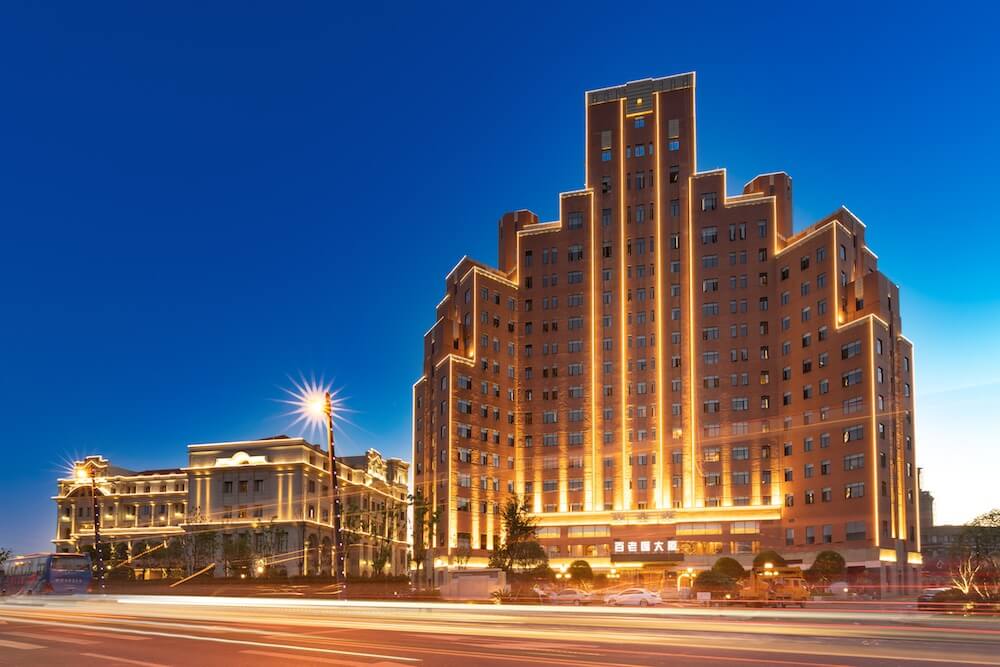 Known as China’s “city of film and television”, Hengdian is home to the world’s largest dedicated filming site. It boasts full-scale sets recreating over a dozen iconic Chinese locales, plus several amusement rides. At Dream Bund, which now includes a replica of Shanghai’s famous waterfront district during the first half of the 20th Century. (Today the Bund sits on the opposite side of the water to the futuristic skyline of Pudong).

The new 280,000 square meter project has been designed to operate as a theme park and filming location side by side. It was built in response to the huge, global demand by filmmakers to shoot along the Shanghai Bund, but the obvious practical considerations of doing so. As many as 20 films and TV productions can now be shot over any given time at Dream Bund.

Tourists and film fans, meanwhile, can check out attractions such as a signature Trolley Tour, a historical museum, and Broadway Hotel. The latter, as pictured above, is modeled on Shanghai’s iconic Broadway Mansions building.

Further theme park attractions will be rolled out in phases over the coming year, along with additional sets of Shanghai landmarks. This will include replicas of Nanjing Road, the Paramount Theater, and a Hutong neighborhood. 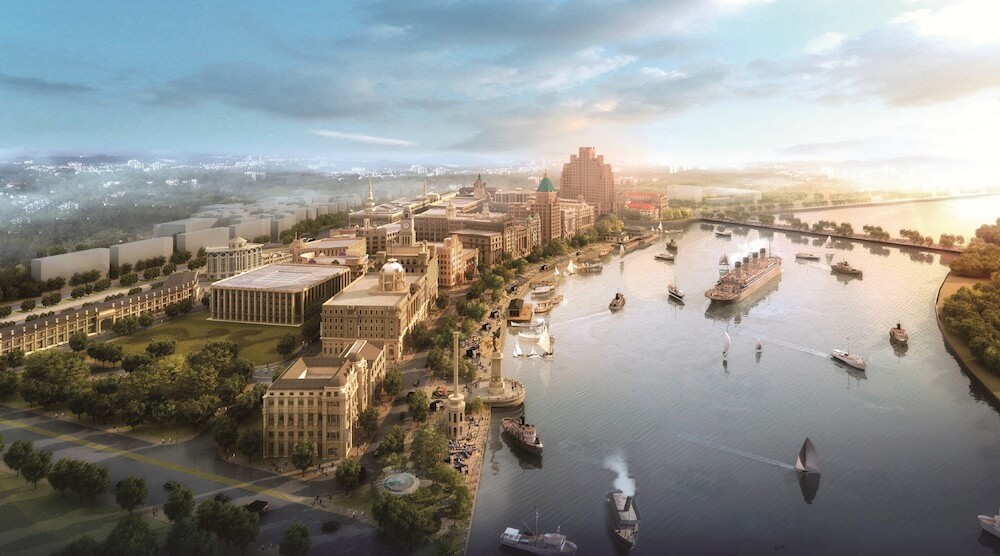 “Capturing the inherent beauty and romance of Shanghai’s yesteryear was the easy part for us [at Dream Bund],” says Legacy’s partner and chief operating officer, Barry Kemper. “Balancing the operational demands of both a movie studio and a theme park, each complex in and of itself, was not. We sincerely enjoyed our collaboration with Hengdian World Studios. They are not only one of China’s best tourism operators, but their attention to detail is second to none in the market.”

Founded in 1996, Hengdian World Studios is located 315km south of Shanghai in the city of Dongyang. The new Shanghai sets join a growing list of filming locations including replica streets from Guangzhou and Hong Kong, the Ming and Qing Palatial Gardens, Qin Palace and Jiangnan Water Town.

In addition to this and its other work in China, Legacy Entertainment was the designer of the recently announced Pacific Rim: Shatterdome Strike attraction in Indonesia.