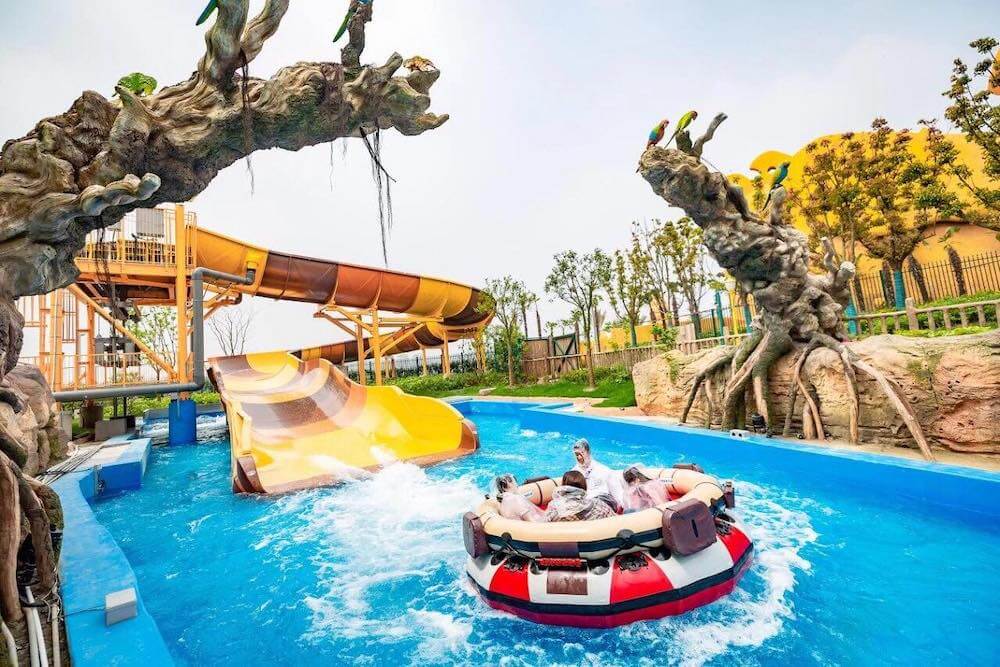 WhiteWater is pleased to announce that it has been recognised at IAAPA’s Brass Ring awards for three separate products at this year’s event. Over/Under, Spinning Rapids Ride and Tailspin were all named in the Best New Product Category.

The Over/Under water slide at Guangzhou Sunac Water Park is the world’s first interactive multi-player gaming water slide. Guests can work as a team to score points, with two alternate endings to the ride depending on their totals – a winning victory lap or a shorter, loser’s path. 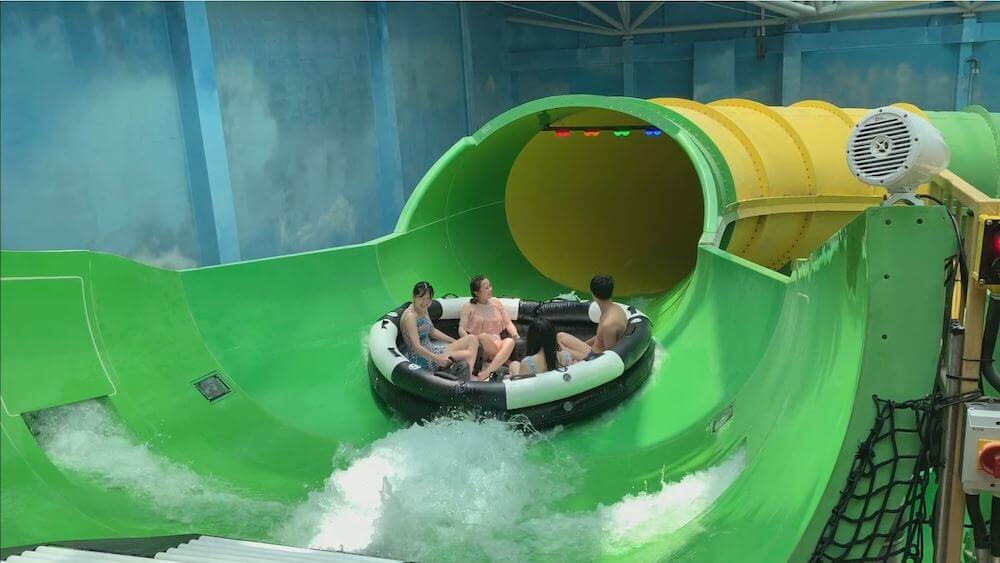 “We designed the Over/Under to give guests an extra dimension in their ride experience. Instead of creating a slide that’s the longest, tallest, or fastest, we decided to incorporate a storyline and place the choice of which path to take into the riders’ hands, gamifying the ride and making this a shared interactive experience,” says Paul Chutter, Chief Development Officer, WhiteWater.

“Riders can interact with groups of friends or strangers to challenge each other, so instead of a ‘one try, you’ve seen it all’ slide, the Over/Under gives guests a repeat value. Every time they ride the slide, it’s a slightly different experience.”

The simple storyline is introduced by an animated panda, Shui Shui, on a TV screen at the top of the slide, who tells them that they must score as many points as possible to change the outcome of the ride. This challenge element encourages engagement and repeats play.

On the volcano-themed experience, guests enjoy the spins and twists of a thrilling rapids ride, before dropping from the wings of a Manta. The ride is around 1 kilometre long, with rapids, tunnels and multiple drops. It also winds around other attractions, with elevated points that can be seen from around the park.

“There’s nothing more gratifying then conceiving an idea, building a team to deliver an attraction, and being recognized by the industry for the hours of work and determination that ultimately delivered the ride. The Spinning Rapids Ride at Haichang is the first water ride ever to combine elements from the spinning rapids ride, a traditional rapids ride, and new iconic water slide element. I’m incredibly proud of the team and accept this Brass Ring on their behalf,” says Nathan A. Jones, President, Park Attractions, WhiteWater.

Legacy Entertainment was responsible for the park layout, Cogito Automation worked on the control system and Van Stone provided the conveyor system. Speaking about Legacy’s collaboration with WhiteWater, Taylor Jeffs, Legacy’s President & Chief Creative Officer says, “I have been a huge fan of this ride system since first riding L’oxygénarium at Parc Astérix in 2002, so it is a great pleasure to collaborate with WhiteWater on the most ambitious incarnation of this type of water ride ever conceived.”

Tailspin at Whirlin’ Water Adventure Waterpark, North Charleston, South Carolina, is an affordable anchor attraction, designed to deliver a thrilling ride experience without the price tag. The ride combines physical and visual sensations for a multi-sensory experience that the whole family can enjoy. 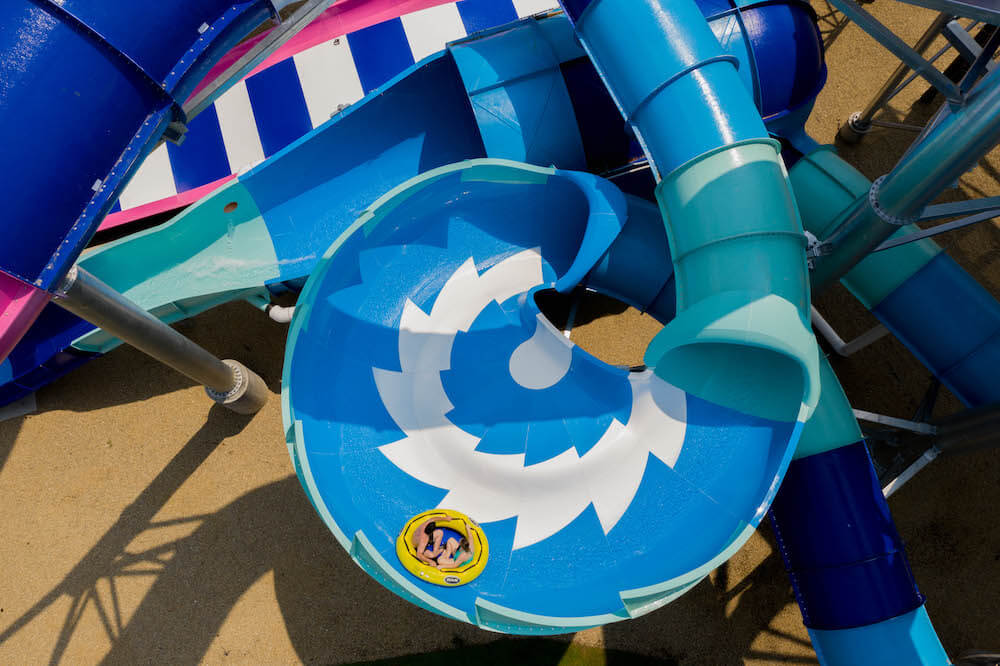 It merges a disc with a helix, bringing together the high-banking rotations of a bowl with the fast descent of a flume. The open Tailspin gives riders a chance to see the ride ahead, before spiralling downwards at up to 25 kilometres per hour (16 mph).

“We’re incredibly excited to have Tailspin recognized by IAAPA as a ground-breaking slide. Every park, from small municipal recreation centres to sprawling water parks aim to provide their guests with safe and fun attractions; on top of that, all parks look to have unique and iconic rides to differentiate themselves and to help drive their gate. Tailspin delivers all of this and more,” says Geoff Chutter, President & CEO of WhiteWater.

WhiteWater also had a successful visit to this year’s World Waterpark Association Show in October, where it won Leading Edge Awards for its work with Royal Caribbean International on Perfect Day at CocoCay and with Horizon Waterpark, LLC on Island H2O Live!