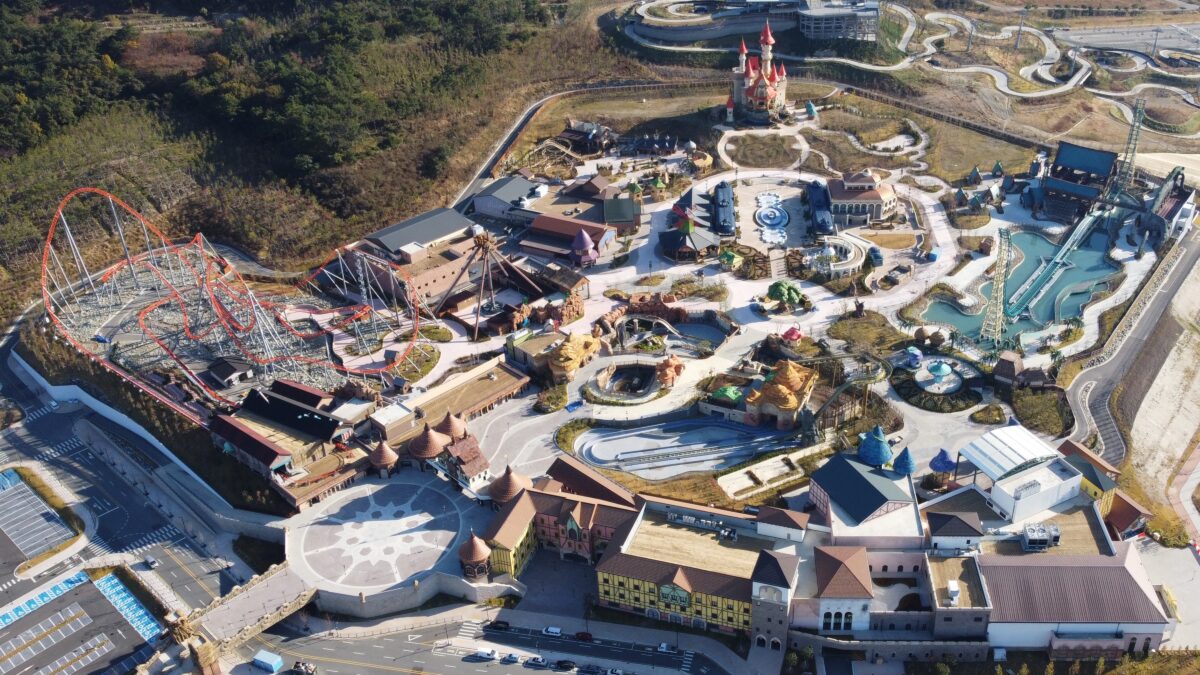 Hollywood, CA, and Busan, South Korea, March 1, 2022 – The all-new Lotte World Adventure Busan Theme Park in South Korea – one of the year’s most hotly-anticipated new theme parks – will officially open its gates to members of the public on March 31, following a soft opening period from March 17-20.

The new park was designed in collaboration with Hollywood-based entertainment design firm Legacy Entertainment. Its opening will mark the 9th project to premiere as part of the unique creative partnership between Lotte World and Legacy. “For over 30 years, Lotte World has set the gold standard for family entertainment in South Korea,” said Yaeli Chung, Legacy’s Managing Director of Korea. “Our entire team feels very fortunate and humbled to help Lotte World write its next chapter in Busan.”

“Working closely with the team from Lotte World, we aimed to redefine what an Asian regional theme park can be,” adds Ms. Chung. “All across Asia, countless theme parks have popped up in recent years, each one more drab and forgettable than the last. This will not be the case at Lotte World Adventure Busan. Instead, guests who attend Busan will find an emotionally warm and inviting garden park sporting a brilliant layout, a perfectly balanced attraction program, and unprecedented integration of attractions within their environments. Guests will never want to leave.”

Lotte World is South Korea’s leading theme park owner and operator, with its flagship park located in the heart of Seoul, South Korea. Since its opening in 1989, Lotte World has consistently ranked among the world’s top-performing theme parks, drawing between 5 and 7 million visitors each year.

Currently celebrating its 20th anniversary year, the Hollywood, California-based Legacy Entertainment stands as one of the most successful, independent, entertainment design firms in the global industry today. The company has developed, designed and produced over 40 successful projects worldwide, spanning mediums that include Theme Parks, Hotels/Resorts, Casinos, and Aquariums.