Legacy Entertainment, a leading theme park and resort design company, has announced that it currently has three food-focused projects in development, in Saudi Arabia, Indonesia and China.

“The future of retail is not retail,” says Barry Kemper, Chief Operating Officer and co-owner of Legacy Entertainment, as traditional retail continues to adapt and evolve in a fast-changing global marketplace and new retailtainment concepts gather pace.

Building on this evolution, Legacy Entertainment has come up with the idea of a unique, food-focused anchor tenant, in order to help malls and retail destinations to attract more visitors. It is now developing three of these ‘destination dining’ experiences around the world, the first of which is near Jakarta in Indonesia and is expected to be unveiled this summer. The company is also working on similar projects in China and Saudi Arabia.

“While shopping habits may evolve and change, the desire to dine together is intrinsic to the human experience. It’s here to stay, and we’ve only begun to scratch the surface of how far we can take it,” adds Kemper. “Of course this is not to say dining will replace retail, but we do anticipate that the anchor tenants of the 21st Century will put a priority on dining and entertainment.”

Other new dining experience concepts have already proved successful, such as Eataly which has expanded to more than 30 locations in the last 10 years. In Asia, which is a primary market for Legacy, the immersive Wenheyou Supurb is also extremely popular.

As well as the restaurant tenants, the company’s destinations will also include other entertainment elements, such as immersive environments, live entertainment, and even carefully integrated rides. 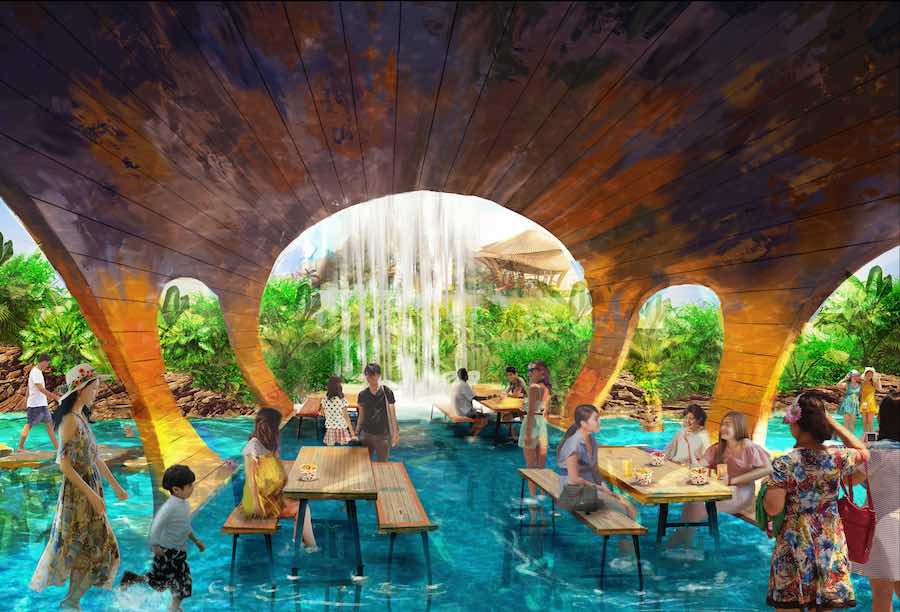 “Hospitality lives or dies on repeat visitation,” says Kemper. “We are very sensitive to the fact that we cannot merely repeat the gimmick-based themed dining tropes of the 1990s. Instead, we need to craft truly unique, brand new experiences which in and of themselves become part of a community’s fabric.

“We are creating community-focused hubs which will serve as sources of pride for those who live nearby, and must-see destinations for non-locals. Our team is excited to share the first of these breathtaking developments very soon.”